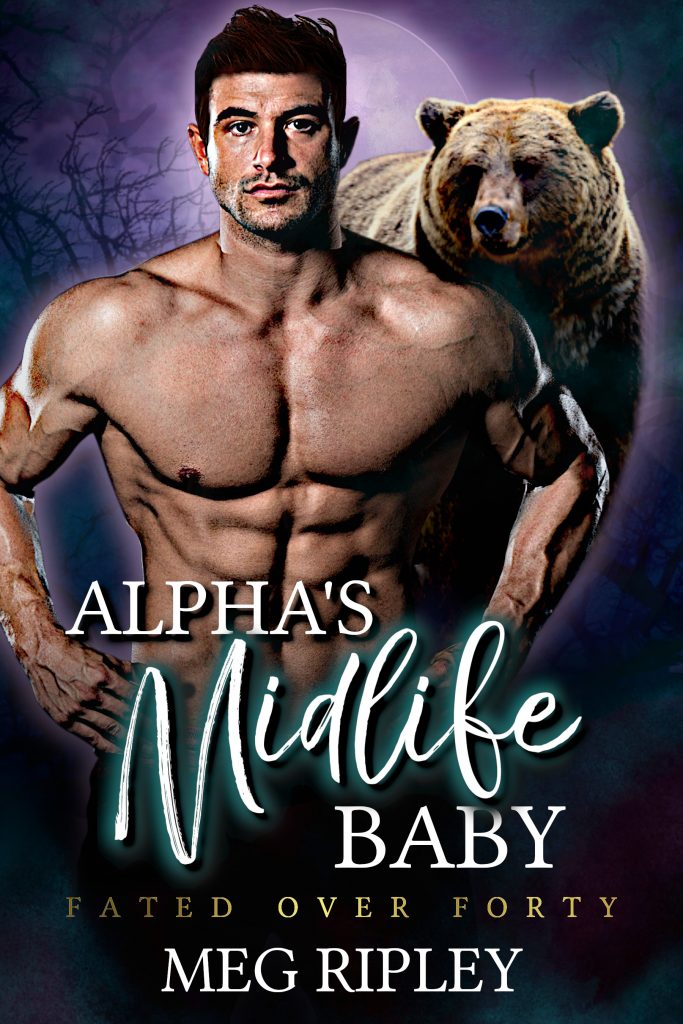 Free with Newsletter SignupAmazon Kindle
Part of the Fated Over Forty series:
Editions:KindlePaperback

I’m fated to the Alpha, but I can’t give him the one thing he needs:
An heir.

They say life begins at forty,
But when infertility led to my divorce, it seemed more like the end.
When I’d rather be at home in my sweats binging 80s movies,
My dad begs me to go to Carlton with him for moral support
As he presents my much younger sister to their unmated Alpha.
We end up barging into his clan meeting—
Completely awkward, to say the least.
But not as awkward as when I realize he’s my fated mate.
When he tells me his bear knows we’re destined to be together,
We can’t help but give in to the fire between us.
But he deserves to know the truth:
I can never give him an heir, so it will never work.
Until, weeks later, I see the impossible:
A pregnancy test with two lines.

Alpha’s Midlife Baby is the prequel novella to the Fated Over Forty series. Steamy shifter love scenes and an HEA inside! No cheating or cliffhanger in this standalone romance. Readers 18+.