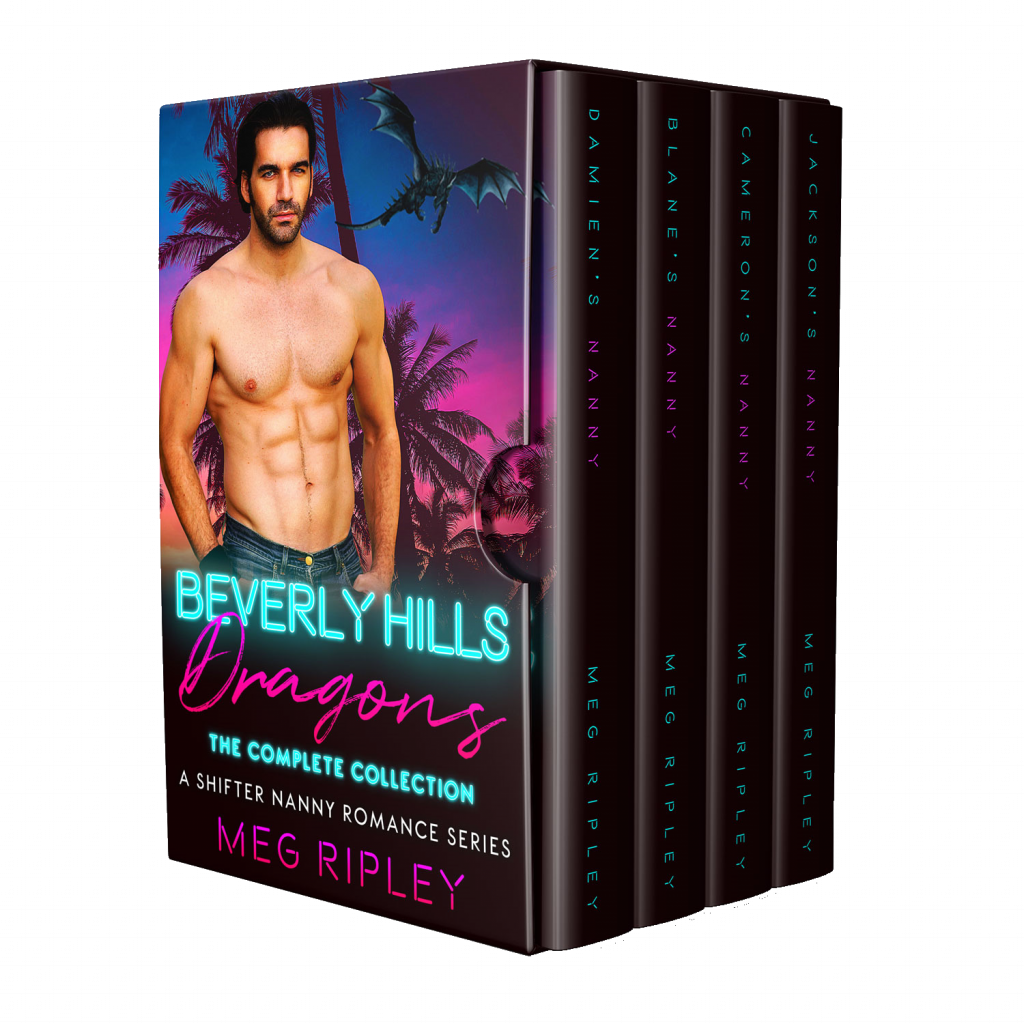 In the decade of excess, four of Hollywood’s most elite dragons have everything their hearts could desire—except their mates.

Killer job as the most sought-after record label executive in L.A.? Check.
Adorable young daughter and a sprawling mansion in Beverly Hills? Check.
A cheating dragoness ex-wife who’s fighting tooth and talon to take everything I own and suck the marrow from my bones just for fun? Check.

Now that I’m divorced, I need help caring for little Stephanie.
But when I took a chance on hiring a nanny, I wasn’t prepared for the passion she’d ignite in my cold, reptilian soul.
Can I keep our relationship strictly professional, or does fate have something greater planned for the two of us?

Damien's Nanny: Brianna never expects to fall in love with the sweet little dragon she’s in charge of—and she definitely doesn’t expect to fall for her new boss.

Jackson's Nanny: When a rival dragon endangers his sassy new nanny, will Jackson put everything on the line to prove Cathy is far more to him than just the hired help?

Blane's Nanny: When a baby dragon is left on the doorstep of Hollywood's hottest actor, will she be the catalyst that unites this shifter with his mate?

Cameron's Nanny: This widower dragon vows to never love again. But when fate draws a nanny—who's a medium—into his life, will she give him the answers he needs to set his guarded heart free?