Mated To My Brother’s Best Friend 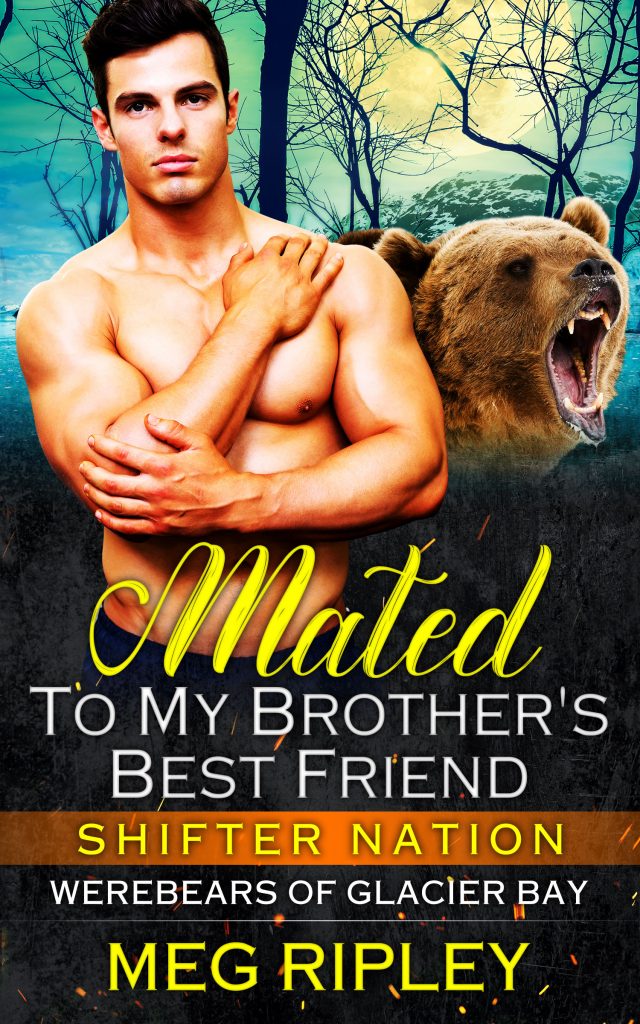 After Kylie’s nearly fatal accident, her world is turned upside down. Forced R&R and desk duty isn’t easy for this feisty bear Ranger, but the one plus? Being doted on by her lifelong crush, Jace.

Jace wants to come clean, but how can he? He’s wanted his best friend Cooper’s sister for as long as he can remember—but with Cooper also being his Alpha, it’s far more than their friendship that’s on the line. One night, tensions rise to a fever pitch with Kylie, and his inner bear can’t hold out any longer. But after their heated night together, Jace realizes he’s made a terrible mistake and takes off, leaving Kylie crestfallen and Cooper furious.

Jace is devastated, but work must continue at Glacier Bay National Park. In the midst of the chaos, several women have gone missing, including Kylie’s best friend. A massive, multi-clan rescue effort is underway and Kylie makes a risky decision.

But when Jace tries to intervene, will Kylie listen to her broken heart over the needs of the clan? Or will she learn to forgive her lifelong friend?