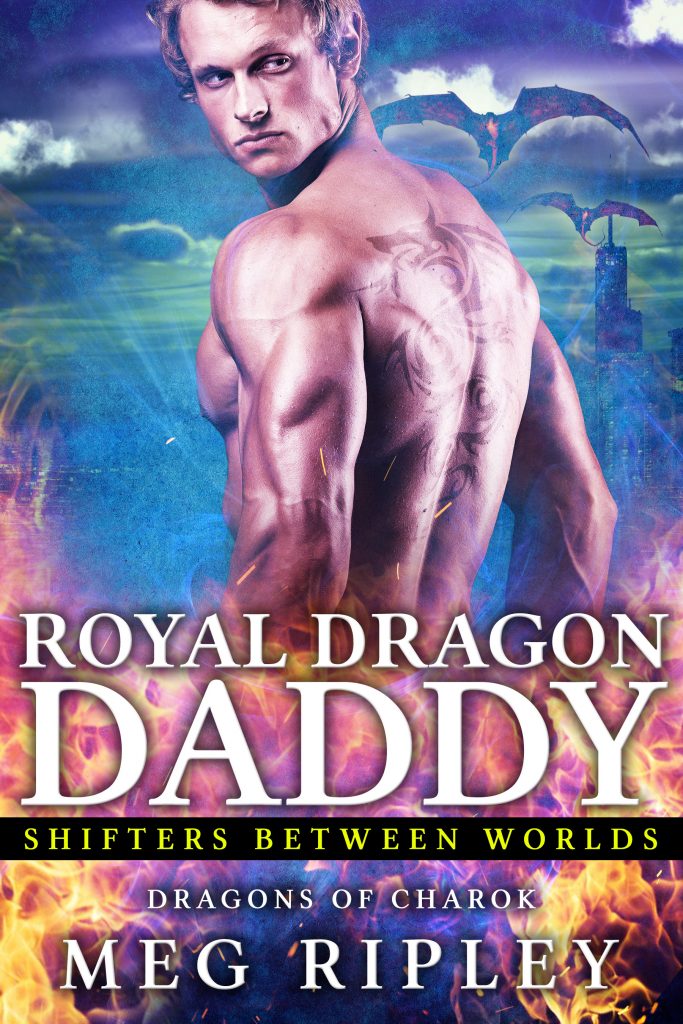 Amazon Kindle
Part of the Shifters Between Worlds series:
Editions:KindlePaperback

Finn may be dragon prince from a distant planet, but he’s blending in well on Earth. His future looks bright, but life takes a sudden turn when his ex tells him she’s having his baby, and unless he takes full custody, the shifter child will be put up for adoption. He never expected to be a single dad to adorable little Phoenix. Nor did he think he’d ever find a mate willing to raise another woman’s baby. Until he met Aurora.

Aurora spends her days wandering through the Earthen woods, hoping to repair the damaged veil which protects her fae realm from being seen. When she runs into hunky, blue-eyed Finn one day, she can’t deny their explosive chemistry. Or her intuition telling her he’s secretly a dragon. But wizards who’d promised to help her mend the barrier are suddenly enslaving her people, and Aurora’s focus must return to her home world, no matter what her heart wants.

When she learns the wizards have been on the hunt for dragons, she conjures up a desperate plan to turn their attention elsewhere—which involves baby Phoenix. Aurora knows she’s done something unspeakable to save her realm, and she doesn’t know if Finn can ever forgive her.

But now that their worlds have collided, there’s no turning back.