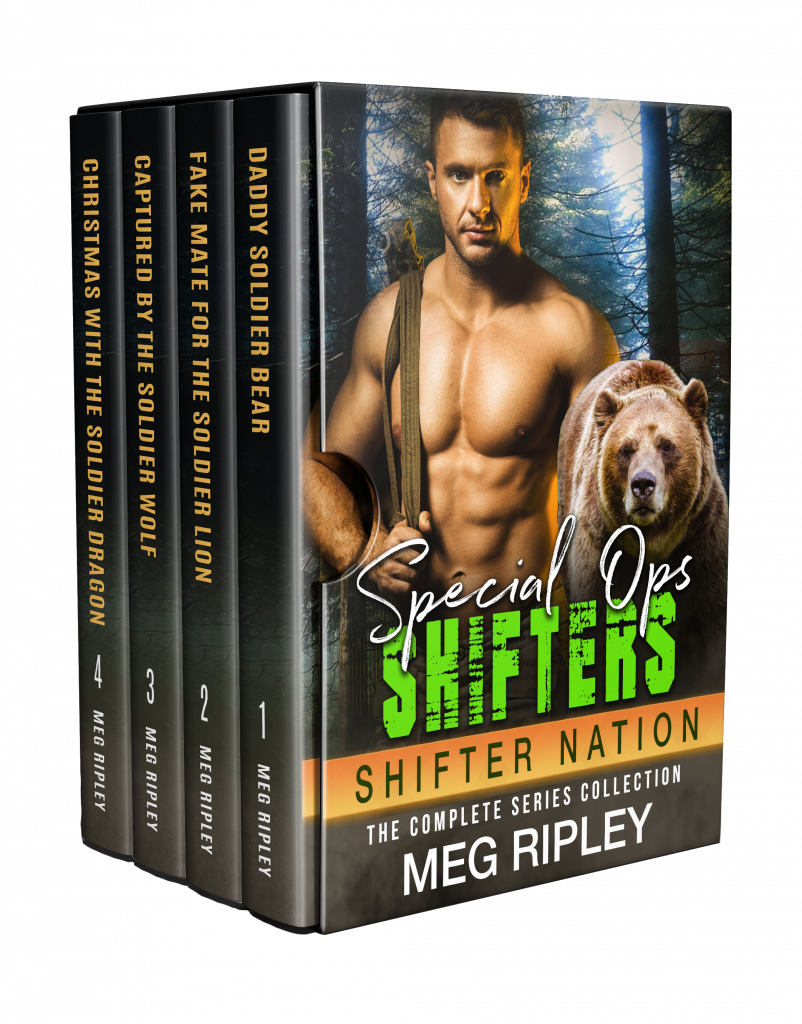 When a team of hot, rugged veteran shifters joins forces to protect and serve their kind, nothing could ever prepare them for their most important mission of all: finding their mates.

As soon as I encountered Nikki, my bear went wild with need.

But my mate died in childbirth years ago, and as a military trained doctor, I still beat myself up for not being able to save her.

But the way my bear yearns for her now has me thinking otherwise.

Book 2: Fake Mate For The Soldier Lion
God, I’ve been craving a mate for far too long.

But between my tactical missions with the Special Ops Shifter Force and working my ass off, I've had no choice but to ignore the roar of my inner lion.

Until the day a sassy, iron-willed lioness showed up at the Force’s secret headquarters unannounced.

Desire surged through my veins the moment our feline eyes met, lighting every cell in my body ablaze.

We weren’t recruiting, but our Alpha reluctantly agreed to deploy her on a test mission—where she and I will be posing as mates.

The only problem? I know she’s my one true match. And dating within the Force is strictly forbidden.

Will honor and duty keep my inner big cat from finally claiming what’s his?

Book 3: Captured By The Soldier Wolf
I was sent on a covert mission to infiltrate a pack in the Rockies, but once I met the Alpha’s raging hot sister, I knew this mission was going to be a hell of a lot harder than I thought.

She’d returned to her home pack with her little boy after a messy divorce, hoping to piece together a new life.

But one night deep in the forest, she overheard my phone call with the Force, leaving me no choice but to take her hostage.

I’ve gotta keep my cover and protect the integrity of the mission.

But when tensions rise between that hot little wolf and I in the middle of the woods, will we be able to ignore the demands of our inner beasts?

Book 4: Christmas With The Soldier Dragon
I’m the only shifter of my kind, never knowing the sense of family that comes with being part of a clan.

The rest of my comrades are celebrating the holidays with their mates, and that only magnifies the issue.

So when I was presented with a mission to investigate a mysterious case of shifter disappearances around Lake Tahoe, I jumped at the chance to get away from it all.

But when I arrived, I came face to face with another dragon in the lake.

Everything I’d known to be true was suddenly turned on its head, awakening the fire that had long been dormant in my heart.

Finding her was the greatest Christmas gift I could’ve ever imagined.

But with threats around every corner, will my dreams of finally having a mate be torn apart?