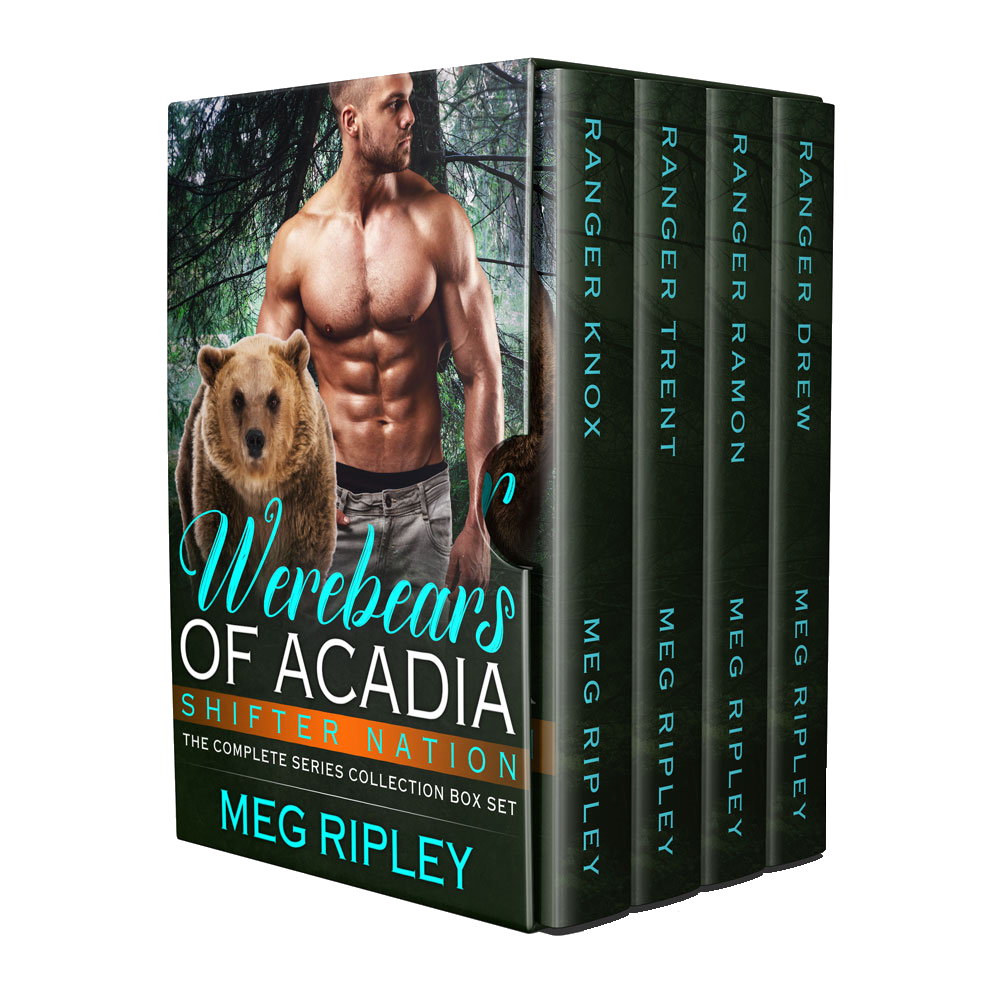 Amazon Kindle
Part of the Werebears of Acadia series:
Editions:KindlePaperback

Fall In Love With The Action-Packed Werebears Of Acadia Series, Brimming With Enough Sizzling Chemistry and Passion To Start A Forest Fire

The four featured stories of this thrilling anthology include:

Book 1: Ranger Knox
Hannah, a journalist who’s been snooping around doing research for an exposé on Acadia National Park, is most definitely an outsider, no matter how much the ursine part of Knox’s brain keeps insisting that she should be his. But is it possible that a human…could be his mate? And how will he keep her from unraveling the mystery that has kept his clan safe from the public eye for generations?

Book 2: Ranger Trent
Three brutal murders were committed in Acadia, and Trent is on the case. Or is he? When Blanca, a fiesty, curvy FBI agent, tries to take over the investigation, she challenges the desires of Trent’s inner bear--in more ways than one.

Book 3: Ranger Ramon
From the moment they met, there was no denying the fire that blazed between Acadia’s biologist, Ramon, and Min, a visiting entomologist. But what is she doing in Acadia in the first place? Could this brainy beauty be responsible for sabotaging their clan, or will she prove to be their greatest ally?

Book 4: Ranger Drew
Fighting fires is Drew’s duty at Acadia, but the day he met Kathleen, nothing could have prepared him for the fiery passion that would ignite between them. But would her betrayal of his trust extinguish the flames between them once and for all?

Steamy shifter scenes inside! Readers 18+ only.